State Capacity Libertarians and the not-so-invisible hand of internet…

Tyler Cowen doesn’t name names, but we should all want to be in his club. In diagnosing what has been happening to the libertarian movement, he proclaims that “the smart classical liberals and libertarians have, as if guided by an invisible hand, evolved into a view that I dub with the entirely non-sticky name of State Capacity Libertarianism.” If those labels (classical liberal or libertarian, which I’ll collapse into libertarian from now on) could conceivably apply to you, you obviously want to be among the smart portion of the group.

After outlining the planks of what I assume is his SCL philosophy, he concludes: “Furthermore, ‘which ideas survive well in internet debate’ has been an important filter on the evolution of the doctrine. That point is under-discussed, for all sorts of issues, and it may get a blog post of its own.” He’s talking about a blog post of his own, but I’d like to take a shot at kicking things off.

I start with what should be the obvious invisible hand/internet debate angle, and then propose a hypothesis about the smart club who will respond well to the SCL philosophy.

Policy debates sometimes occur among people with very different value systems. For these debates, it’s naturally going to be hard, if not impossible, to get to a “right” answer (not that debates usually achieve that, or that they’re even designed to). If there isn’t some sort of shared premise between participants, then even if they agree on all of the analysis, one side may conclude that the policy is good, while the other reaches an opposite conclusion. Think libertarians vs. socialists on tax policy.

People of a libertarian persuasion probably don’t really care what those of a more socialist persuasion have to say about any given question, and vice versa, because they fundamentally disagree with the value judgments of the other side. Some may even see denunciations by their opposites as a sign that they must be on the right track. But even when opposites debate policy, each participant is probably animated, at least in part, by an appreciation for something that the other side agrees is an ethical value (or something that each participant recognizes will be seen as an ethical value by most reasonable people; even a socialist should recognize that liberty is an important value, to give one example).

As long as that condition exists, I would expect any discussion to have the possibility of making any participant look like they’re ignoring some important value, revealing terrible judgment, or having some similar effect. Call that losing the debate. Nobody will like losing the debate. But if it happens to you often enough, or in spectacular fashion, I would expect you to either adopt your opponent’s position or, more realistically, adapt your position to account for the important value that it previously ignored or underweighted. Surviving internet debate, as Cowen puts it.

When would such an outcome be more common? One scenario is where your primary motivation is to avoid losing the debate to your opposite. That would have the potential for immediate and widespread claims of being dunked on, assuming something like a Twitter exchange. Another is where you’re in a conversation with someone whose values you see as very similar to your own, whose judgment you respect. Most of us are capable of responding to reason, particularly from people like that.

Regardless of which type of discussion is more likely to lead a participant to a more reasonable position, I would expect them to happen with far more frequency on social media than anywhere else.

(Not that the proportion of social media discussions looking like this will be higher than elsewhere. I’m not blind to trollish behavior and ad hominem responses that dominate the internet. It’s simply that there are only so many people who publish in academic journals, books, magazines, or who are invited on television; so much more discussion happens in less formal forums, particularly Twitter.[1])

Hopefully this was all obvious from the time Cowen’s invisible hand/surviving debate points were seen next to each other. Like Adam Smith’s (and like all good ideas), the mechanism of the invisible hand guiding us toward reasonable positions should seem pretty obvious once we give it a moment’s thought.

It isn’t clear what the modal response, if any, to Cowen’s SCL idea will be. However, I’m intrigued by the reactions to it from corners friendly to libertarian thought. Some people have been taking it as an invitation to reflect on their own intellectual evolutions, to support his variation of libertarianism, to refine libertarian ideas, or at least to improve their marketing.

A few brief observations about these reactions, and about the SCL idea:

To expand on this last point: If you’ve had debates with libertarians, you’ve certainly heard this type of argument. It’s what Jerry Taylor called “decoder-ring policy analysis”; take certain axioms, then deduce the right answer from them as a matter of logic. It’s an example of what Scott Adams calls “word-thinking”; attempting to win the debate by definitions. Scott Alexander makes the same point, helpfully doing so in The Non-Libertarian FAQ:

“Our language contains a lot of words like these which package a description with a moral judgment. For example, ‘murderer’… and of course that old stand-by ‘infidel’… It’s a stupid, cheap trick unworthy of anyone interested in serious rational discussion.

And calling taxation ‘theft’ is exactly the same sort of trick.

This only sounds like an argument because the person who uses it is hoping people will let their automatic negative reaction to theft override their emotions, hoping they will equivocate from theft as ‘taking without permission’ to ‘theft as a terrible act worthy only of criminals’.

I don’t mean to pick on the question of the extent to which taxation is like theft. My point is more to propose a hypothesis. I would expect libertarian types who have appreciated Cowen’s SCL post to have learned not to fall into the trap of word-thinking. They would all agree with Scott Alexander’s old line about freedom as a value: “I completely agree freedom is an extremely important good, maybe the most important. I don’t agree it’s an infinitely important good”. They want to improve the world, even by the judgment of people who don’t agree with Alexander’s inclination – and mine[3] – that freedom is up there as, or among, the most important values.

To the extent that libertarian is doing anything in Cowen’s SCL idea, I think it’s emphasizing the maybe the most important hypothesis about freedom as a value; freedom is still underappreciated. Appealing to markets and capitalism as the first plank of SCL may be a plea to those for whom freedom is an overwhelming value to join the debate in which smart people are participating.[4]

[1] I liked how Venkatesh Rao explained this point on EconTalk before going on to cite Twitter as the paragon of this type of feedback loop: “And my own papers–I’m not going to spend my career as anything great. But I think I was an okay researcher. I got maybe a few citations for the few papers I wrote while I was in academic research. But when I moved over to the blogosphere, it’s so much a richer environment, and the conversation gets smarter and better so much faster. So, my best blog posts, they’ve gotten thousands and thousands of reactions and wonderful conversations have come out that. Things that never happened with my academic work, which kind of languish in obscurity. And most academic work, by the way, deserves to languish in obscurity.”

[2] Ron Bailey highlighted some research into Jon Haidt’s moral foundations that informs people how to appeal to libertarians. One blog title from a few years ago on it said Libertarians Do Too Have Morals: Just Different (Better) Ones From Those of Liberals and Conservatives. It noted that “This is why libertarians can’t be placed on the spectrum from left to right: they have a unique pattern that is in no sense just somewhere in the middle. They really do put liberty above all other values.”

[3] I call it an inclination, not an ideology. I suggest doing what Paul Graham says: keep your identity small. Nick Gillespie has a similar idea.

[4] I’m not sure if this entire post is me seeing things based on having just written a retrospective that excerpted Alexander’s The Non-Libertarian FAQ and Adams’ word-thinking, or if Cowen’s SCL post really has some connection to what was discussed here. Watch for CPC lies about… 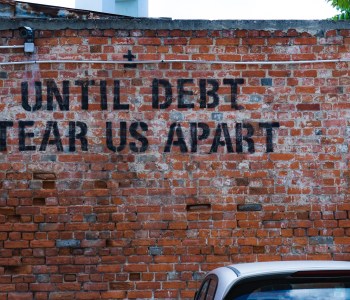 I went to an immigration… 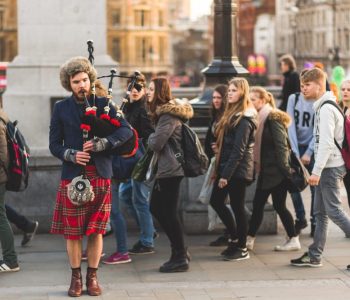 On markets and alternatives 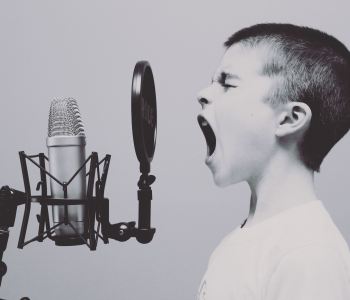 When should we debate? 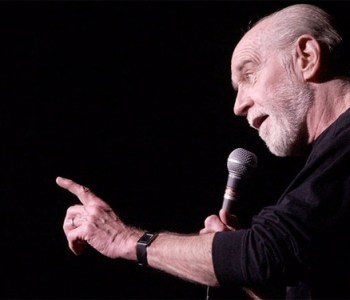